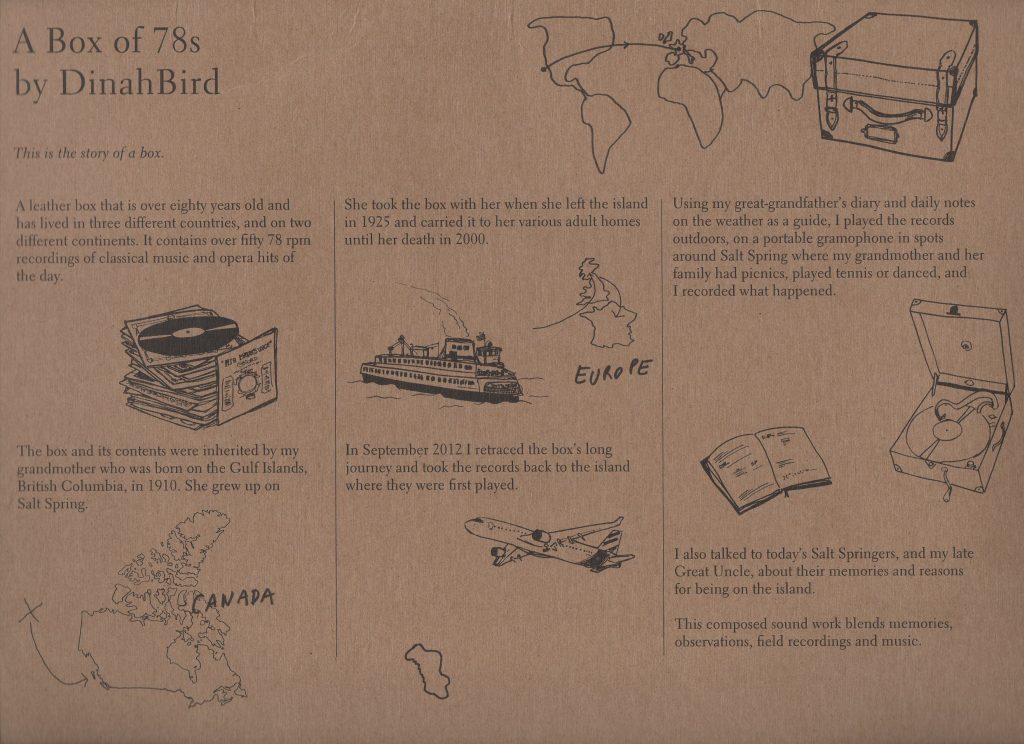 At 11.30am on Monday we follow the journey of a box of 78’s with sound artist DinahBird.

This is the story of a box, a leather box that is over eighty years old and has lived in three different countries, and on two different continents. It contains over fifty 78 rpm recordings of  classical music and opera hits of the day.  The box and its contents were inherited by my grandmother who was born on the Gulf Islands, British Columbia, in 1910. She grew up on Salt Spring.  She took the box with her when she left the island in 1925 and carried it to her various adult homes until her death in 2000.  In September 2012 I retraced the box’s long journey and took the records back to the island where they were first played. This is the main piece A Box of 78s = 24 mins, on the other side is a series of locked grooves. I would like the same copy of the  record to be relayed between the different partner radio stations, so that no single broadcast sounds the same. The radio station or programme maker therefore has to agree to receive the record, play it within a certain time frame, and then send it on by post to the next radio station, at his/her own charge. The scratches formed en route  will become part of the piece, mirroring the journey my grandmother’s records made.   I will also ask each station that plays the record to fill in a listening log, a bit like the piece of paper that used to get stamped when you took a book out of the library. You can see the journey the record has taken so far below. 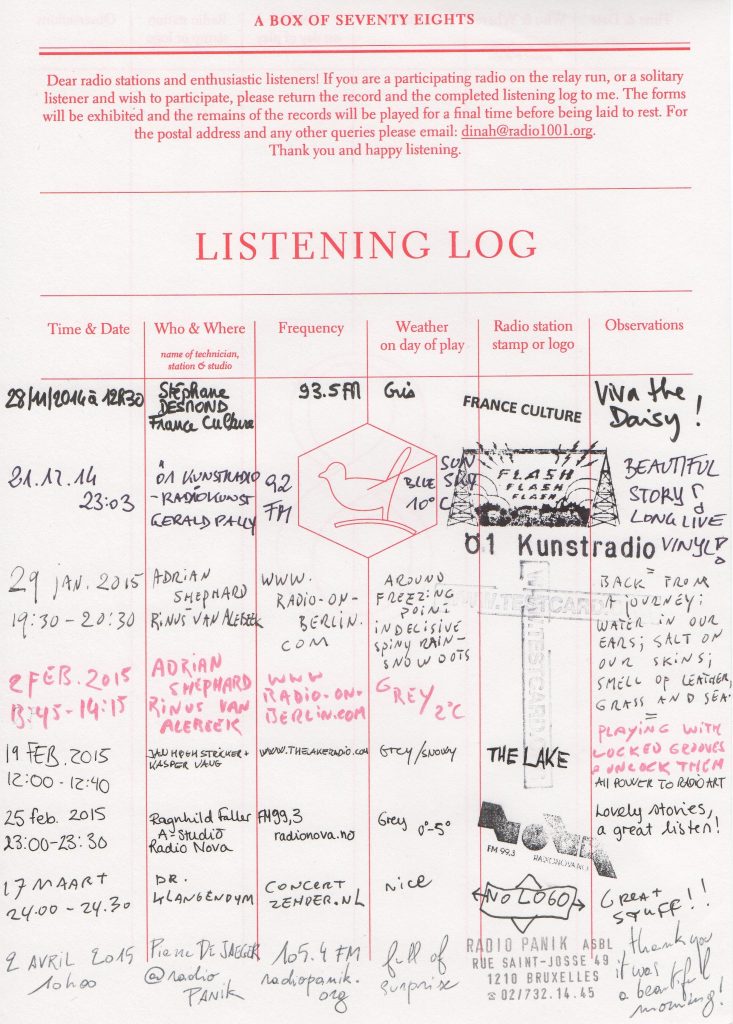 DinahBird is a sound and radio artist living and working in Paris. She makes radio programmes, audio publications, installations, and soundtracks.  Recent commissions include Dakar Morning Birds, a radio installation that transposed the dawn chorus of the Senegalese capital to an inner city garden in Northern Paris and east Berlin,  and Topographies Nocturnes, a radio art project for which she won the prestigious Prix Luc Ferrari. She has just released A Box of 78s, her first solo vinyl radio work on Gruenrekorder. Works have been played on BBCRadio4, France Culture’s Atelier de Création Radiophonique, Resonance FM, Kunst Radio, and through the Radia networkand have been presented at radio festivals in over twenty countries around the world. She has performed live in the Pompidou Centre and the Palais de Tokyo, Paris and is presently employed by the Paris Museum of Modern Art  to develop a programme of sound workshops in correlation to their permanent and temporary collections.