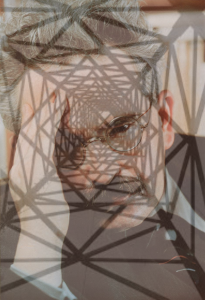 Every morning at 10am we present Walter Benjamin’s 1930s radio work brought to life in contemporary Glasgow.

Philosopher Walter Benjamin’s 1930s radio work reimagined in contemporary Glasgow. Interesting thinkers read and reflect on Benjamin’s diverse radio scripts in atopic locations under, over, inside and on top of Glasgow in an attempt to put into practice Benjamin’s image of the past as a dynamic constellation where ‘what has been comes together in a flash with the now’.

Walter Benjamin (1892–1940) was a German Jewish literary critic, essayist, translator and philosopher. Despite his tragic suicide fleeing Nazi-occupied France in 1940, his renowned critical essays (including ‘The Storyteller’ and ‘The Work of Art in the Age of Mechanical Reproduction’) changed forever the way we discuss history and the impact of technology and capitalism on culture.

Less well known are his early radio shows which were initially aimed at children before they gained a larger public following. Spanning 1927-1933 these playful and eclectic radio pieces were broadcast during a tumultuous period of German history and were aired live right up to the eve of Hitler’s declaration as Chancellor. Forced to flee in haste, Benjamin left these scripts behind and many only survive by virtue of being seized first by the Nazis then impounded in Soviet archives until their rediscovery in the 1970s. In 2014 Verso Books published a selection in English for the first time. No audio recordings of Benjamin performing this material survive, only this extraordinary collection of thoughtful and oblique cultural narrations.

These shows, subtitled ‘Glasgow Constellations’, attempt to put into practice Benjamin’s image of the past as a dynamic constellation where ‘what has been comes together in a flash with the now’. Eighty-five years later in another country, in another language and with other voices, we want to find out if Benjamin’s claim is correct, that ‘knowledge exists only in lightning flashes. The text is the thunder rolling long afterwards’.

With sound recorded by Niall Morris and music composed by Kyle Stewart, this show was produced by Amy Bromley and Katy Hastie, and was only made possible by the generous support of the Goethe Institut and the Collaborative Research Award from the College of Arts at the University of Glasgow. All seven translated scripts are broadcast with permission from Radio Benjamin edited by. Lecia Rosenthal and published by Verso Books in 2014.

and the Collaborative Research Award from the College of Arts at the University of Glasgow http://www.gla.ac.uk/colleges/arts/graduateschool/currentstudents/academicprojectfunding/

Kyle Stewart – Kyle Stewart is a composer and audiovisual artist based in Glasgow. He is a postgraduate student at The University of Glasgow where he studies Sonic Arts

Niall Morris – Niall Morris is an artist, musician and sound recordist from Glasgow. His research areas include the abstract characteristics of time; sound’s relationship to architecture; and experimental radio broadcasting.

Katy Hastie- Katy Hastie is a creative writing and literature PhD student at the University of Glasgow where she also completed an MFA in Creative Writing. Her thesis explores representations of surveillance in early modernism and her creative work spans radio, short stories, essays, performance, teaching and editing.

Amy Bromley – Amy Bromley is a PhD candidate in English Literature at the University of Glasgow, where she also completed a Masters in Modernities. Her thesis explores Virginia Woolf’s use of short forms, particularly the sketch. Other research interests include literary theory, the avant-garde and philosophy, particularly in the work of Walter Benjamin..