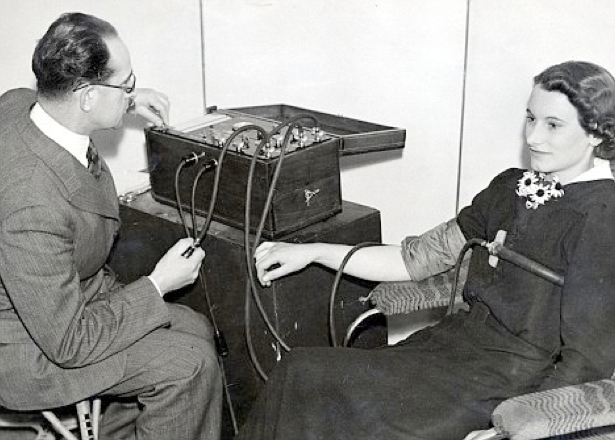 In Thursday’s Clear Spot at 10.30am Zoe Irvine explores the slightly sinister world of voice analysis in a 3-part work, ‘Lies and Other Truths’
“Lies and Other Truths is part of my ongoing fascination with voice analysis software – Nemesysco’s Layered Voice Analysis – http://www.nemesysco.com/ When I heard about the widespread use of this I was intrigued but also sceptical. I first used it to make quite an abstract piece, exploring the poetic idea that it would be possible to have ‘true’ sound and the sound of ‘lies’. I worked with an oral history archive in Brussels and made a soundscape and monologue which I’ve performed live in Brussels as part of Tuned City 2013 and in Dundee in 2014.
. 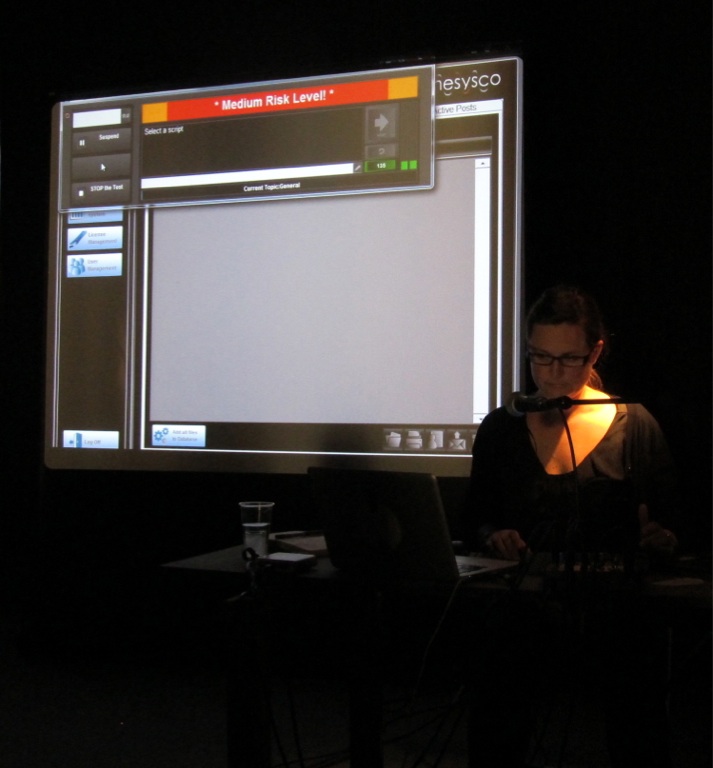 This year I have used this same technology to analyse my own voice from recordings of my mobile calls for a work called Your Voice is You which is accessed by calling (Commissioned by FCA&C as part of Portraits+ – link http://www.fcac.co.uk/event/portraits/). Making this work was startling and confronting because of course I had opinions about my emotional state in the recordings that were either backed up or in conflict with the software’s analysis. Instead of feeling like I’ve come to the end of exploring this I feel I’ve got more I’d like to do. Lies and Other Truths, the piece I made for Radiophrenia with George and Subramaniam is the start of the next direction I’d like to go in. We set about recording and analysing our conversation. We didn’t know each other particularly to start with so the questions are those of initial encounter, who are you? where do you come from? what are you doing/ interested in? We knew of course that the answers were being analysed using LVA which adds a certain stress or anxiety. It also made me think about trust and truth. Trust in people, trust in memory, everyday lies we tell others and ourselves to make life run smoothly, it also made me think about moments of betrayal or times when I have misread and misjudged people and situations. This is the direction I’d like to take the work now. I’d like to record a series of conversations that reflect on trust, that are then analysed in the same way as Lies and Other Truths.”
.